So who are all these animals and what are they up to? 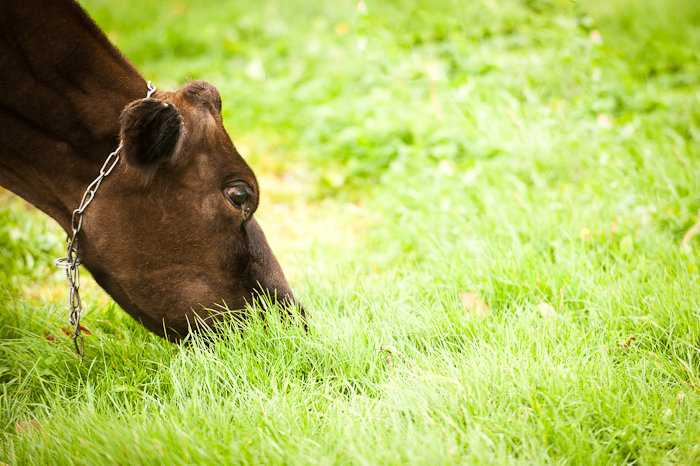 Hope, you might remember from the auction, continues to enjoy Shadow’s company, munches down any sweet grass you give her, and is generally gentle and easy going. She had her calves in early summer and she’s been part of the milking fun ever since. She tends to kick about once a week, most recently my hand was the point of contact, another time is was my calf (which was much more impressive with broken skin and an impressive bruise). When we first got Hope we wondered why she was already dried off (not being milked) when she was still about 5mos from calving (in a typical conventional farm cows are dried off 2mos before calving, on an organic farm it’s 3mos). Now we know. Hope’s milk supply quickly depleted and we’ve moved to milking her just once a day (in the morning). She has shown know signs of heat (ovulating – when she could be bred again) and we guess that she’s at least 7yrs old. Our plan for Hope is to continue to milk her until spring (if she keeps producing) and then dry her off to finish her on spring grass and then she’ll be hamburger. We’ve had several people ask about beef. Hope will be the first available beef option from Woven Meadows, and all of her meat will be hamburger as she is a retired dairy cow and any other cut would not be advisable (ask us how we know 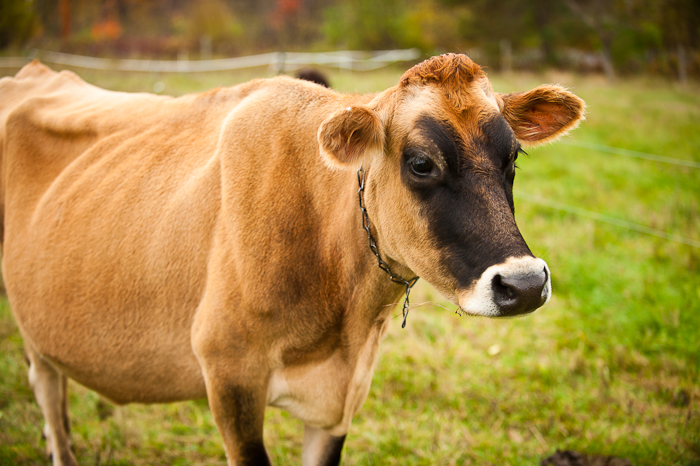 Shadow came with Hope back in March and we’ve enjoyed milking her by hand to start, and then her transition to the milk pump after Hope calved and we were moved to milking two cows (justifying the use of the machine, in our minds). We weaned Shadow off milking about a month ago in preparation for her upcoming calving, expected at the end of December. She was confused a bit at first because she knew her routine was to go up with Hope to the milking parlor area … but after a couple of weeks she has learned that she can stay with the calves in the pasture. 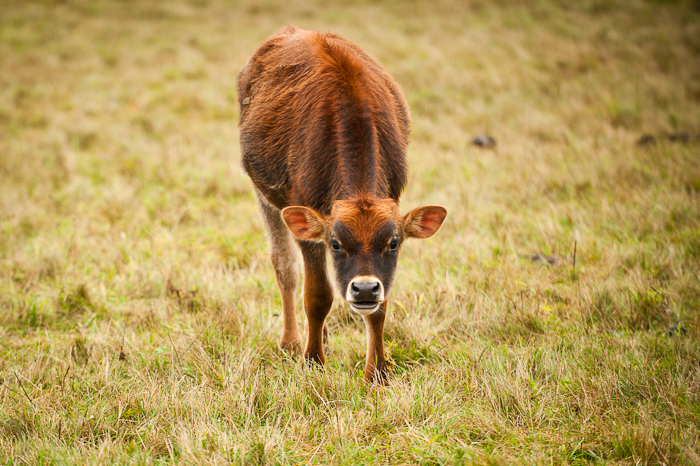 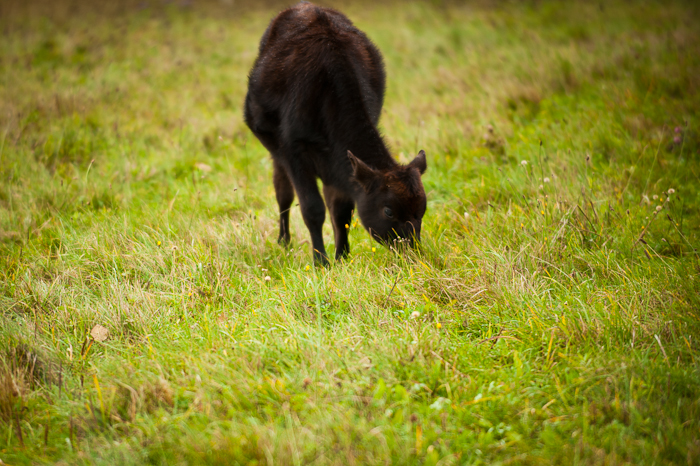 Chance and Libby (the two pictures above) are Hope’s calves. They are now 4mos old and have been off their momma’s milk for about a month. A few weeks ago, around the time we were working on the final weaning steps for Shadow, we moved the calves in with Hope and Shadow. These two munch on grass, stay out of Hope and (especially) Shadow’s way, and rest in the grass while chewing their cud. Libby has not learned to respect the electric fence and regularly chooses to duck underneath the one line, to hang out in the pasture with lusher grass that has not yet been opened to to the cows. Both calves have surprised us so much with their darkening color, what we assume is their winter coat. 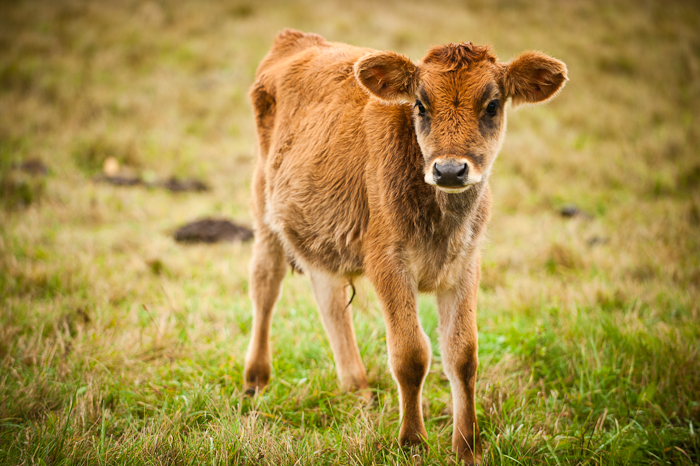 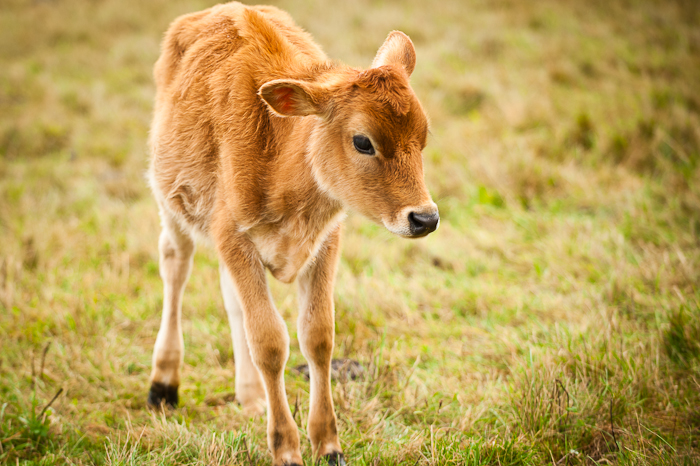 Jersey and Yorkey are both calves from a friendly neighbor farmer who is moving out of the country. Both of these calves seem a little more shy of us than Libby or Chance, but the four have bonded together which is fun to see.

All of the calves are around the same age and will be ready for processing in the summer of 2014 (all those looking for grassfed beef – mark your calendars!). We may be adding new calves next summer in anticipation of the grass fed beef demand for summer/fall of 2015. 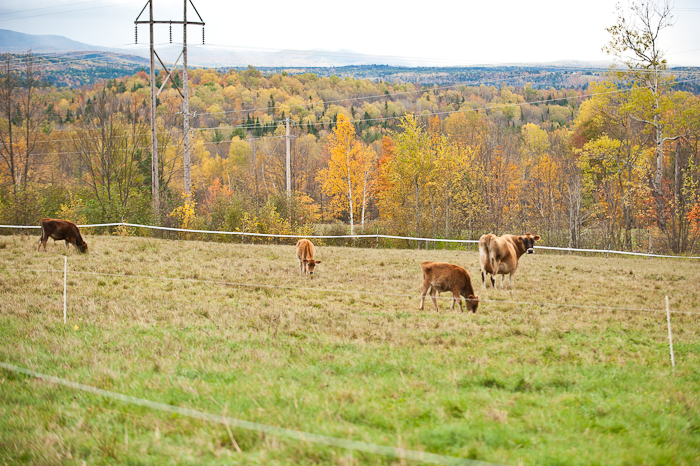 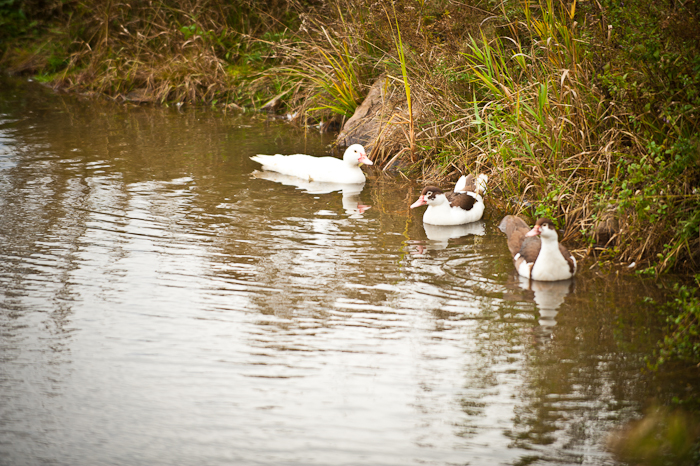 We also have ducks, lots and lots of ducks. We raised Pekin ducks this summer (I think we have one left in the freezer … if you want it, let us know now!). Pekin is the breed Americans think of when we order duck from a menu or get duck from a grocery store.
We have also acquired Muscovy ducks. We’ve been told by awesome customers at the farmer’s market that Muscovy is the breed French culture expects when they purchase duck. The Muscovy tend to be seasonal layers, so this spring we had several duck eggs. The Muscovy hens then went broody … and now we have lots and lots of ducks (see picture above) … I’m guessing there are 30-40 that hatched and are still living now. One hen hatched 19 young! We plan on catching the bigger of these “ducklings” for processing next Thursday. These ducks will have a different flavor and we’re excited to taste the difference. These ducks spend their days wandering around the farm, swimming in the pond, slurping in puddles, and hissing at any passerby that gets too close.

We’re debating duck breeds for next year. The Pekin ducks were delicious and the Muscovies do not lay all year. We’re debating whether to use the Muscovies or the Pekins for meat ducks and purchasing more prolific egg laying ducks in the spring for egg laying and also for garden cleanup. Any thoughts/advice/anecdotes welcome! 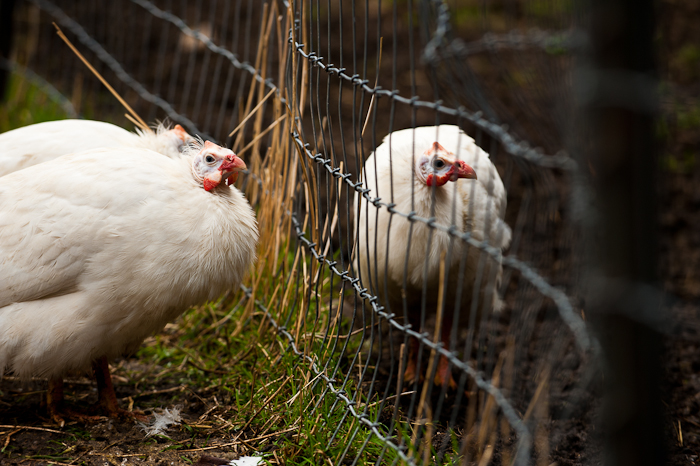 We also have guineas that are squawking and flying and running among the turkeys they have grown up with. They love to perch on the split rail fence by the barn, yelling at anyone who goes by, or on chillier days they like to perch on the sheep’s backs. They will be processed next Thursday along with the big-enough ducks. 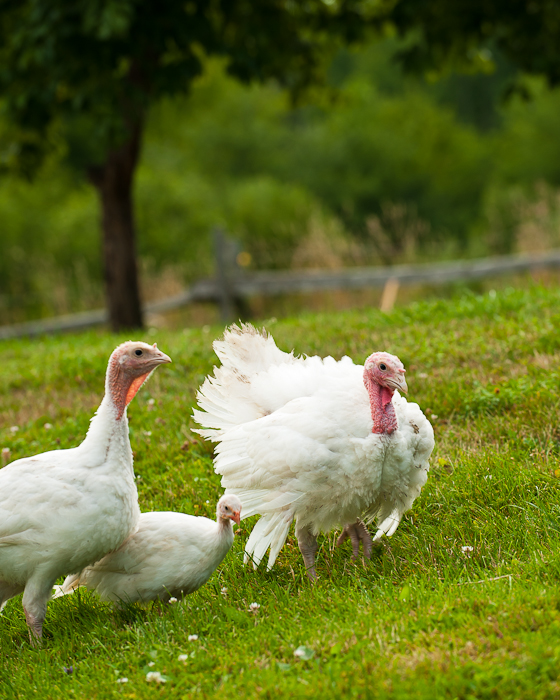 The turkeys are so tame and are happy to follow us around as we do chores in their area of the farm (until we feed them, anyway). They are getting so HUGE. The tom’s are up to my chest, at least. They like to make some noise (but not as often as the guineas or roosters). There are some Thanksgiving pre-orders available and we’re considering saving some to keep growing for Christmas too! 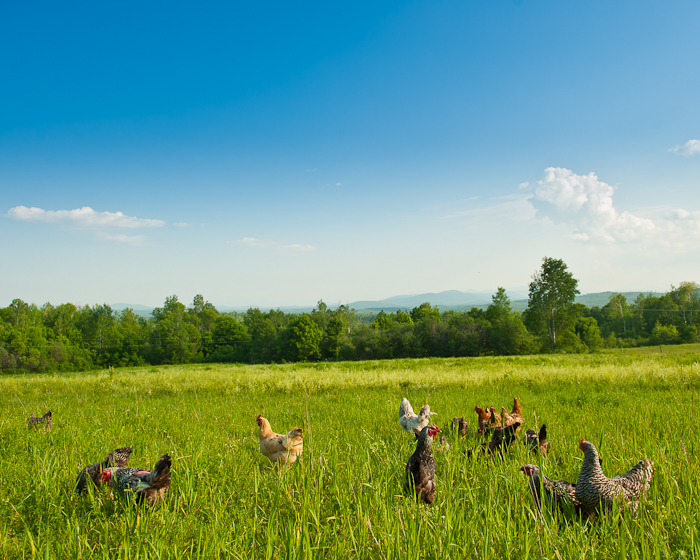 Our 18 mos old hens are currently molting … which is why lately your dozen eggs has been sparse in the blue egg department. Our 5mos old hens (no blue egg layers) are laying like champs … in the fence row, underneath a hedge, by the hose spigot, and in their nest box. We’ve been finding random nests with many many eggs (30+) in random places. Having no idea how old the eggs are, they go to the pigs (remember bacon?). I keep telling myself that when we move the chickens to the barn for the winter, we’ll make up for it … in that they may be easier to find … maybe. The younger chickens and older chickens each have their own “coop” (the younger in the a-frame shelter you can see in the pasture and the older birds in the camper in the pasture). Both shelters are surrounded by electric netting to protect the birds from predators. Both fences are opened when we go out to do chores in the morning. The flocks have been intermingling some and we’re hopeful for a relatively smooth integration once everyone is in the barn. 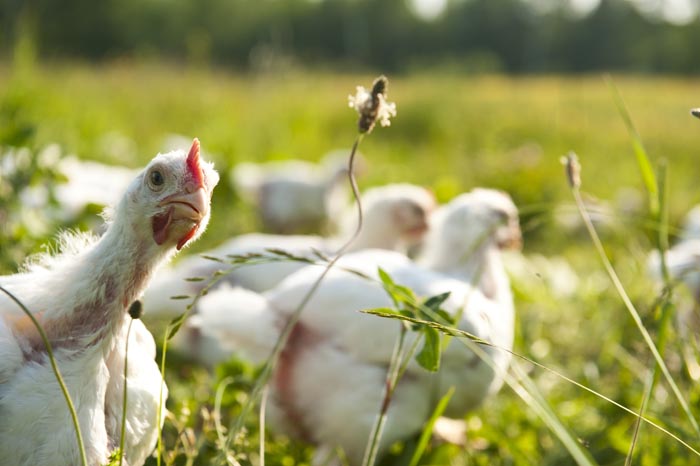 In the world of poultry, the only other bird type we’ve had on our farm this summer is meat chickens. The last official set was processed in September and we’re already looking forward to our first spring batch to come! We love seeing these guys forage for bugs and nibble on grassy shoots.

Am I forgetting anyone? Pigs, sheep, goat (singular!), and dogs to come …