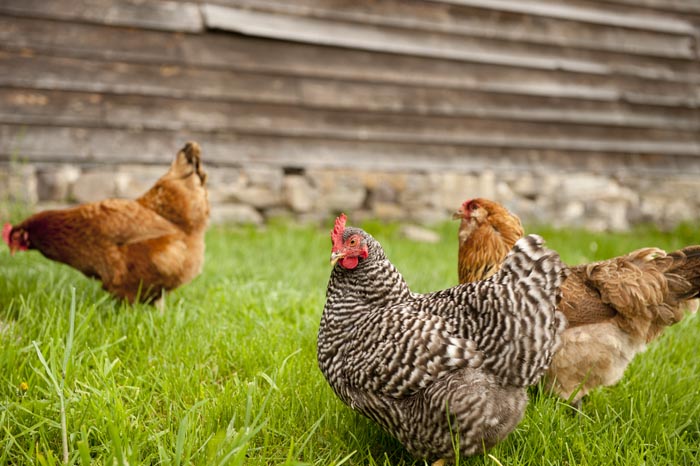 Through our first year of officially farming we were committed to humanely raising our animals, but not committed to organic feed that was priced at twice the rate as conventional feed (that opinion has evolved). This meant that when we brought our meat to a city farmers market 40 minutes from our farm we were asked challenging questions that had never been a concern for the community closer to our farm (where most had not read Omnivore’s Dilemma, Animal, Vegetablem Miracle, and similar).

We were increasingly uncomfortable with our decision to use conventional grain but also confident that our animals were humanely raised on pasture.

During one such (brief) questioning at the farmers market a gentlemen asked us what our hens diet was.

“Kitchen scraps, whatever they find in the pasture, and grain”, I replied.
“And you say they are free range?” he asked shaking his head.

“But they get grain?” he asked, still shaking his head disappointingly.

“Yes,” I answered, still uncertain what the problem was.
The gentlemen walked away sadly.

Josh reasoned that the man may believe that if the chickens are receiving a grain ration then they aren’t truly free range because they aren’t foraging for themselves 100%. Interestingly we had four chickens that we’d inherited from the previous owners of our farm. These birds were truly free range. They covered about 3 acres of ground a day and we fed them no grain. I’m wondering what farmer could sustain this rate of return: .75acres/bird. Sadly, a few days after this particular market a fox took out three of these four chickens, solidifying our decision to have our chickens in a 4k square foot area of pasture surrounded by electric netting that we move every couple of weeks. Without livestock guard dogs (which we haven’t managed to incorporate into our farm yet, but we’d like to) electric netting is essential for the protection of the birds. And to be anywhere near profitable, grain is also vital for our birds.